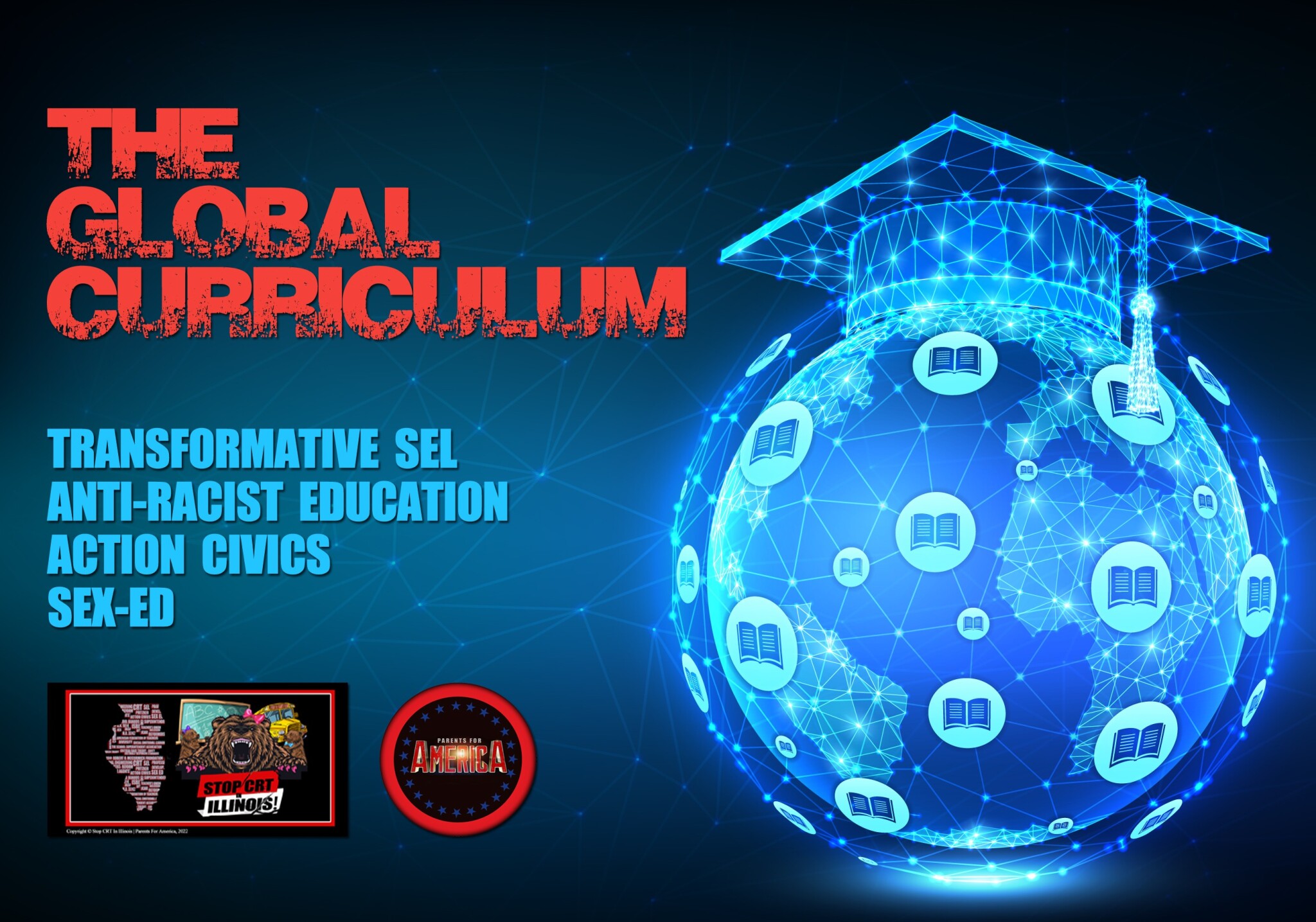 Over the last 120 years or so theorists, advocates, and political power brokers have described five purposes for the modern public education system:

John Dewey, considered the “father of education” was a nonsensical, freedom destroying, Ukraine-Russian Marxist Revolutionary bigot who viewed socialism as the only means to fix societal evils. Dewey stated that the most effective way to achieve socialism was through the public education system (indoctrination).

Take for instance the Illinois State Board of Education State Template for the Consolidated State Plan Under the Every Student Succeeds Act (U.S. Department of Education) which quotes John Dewey. 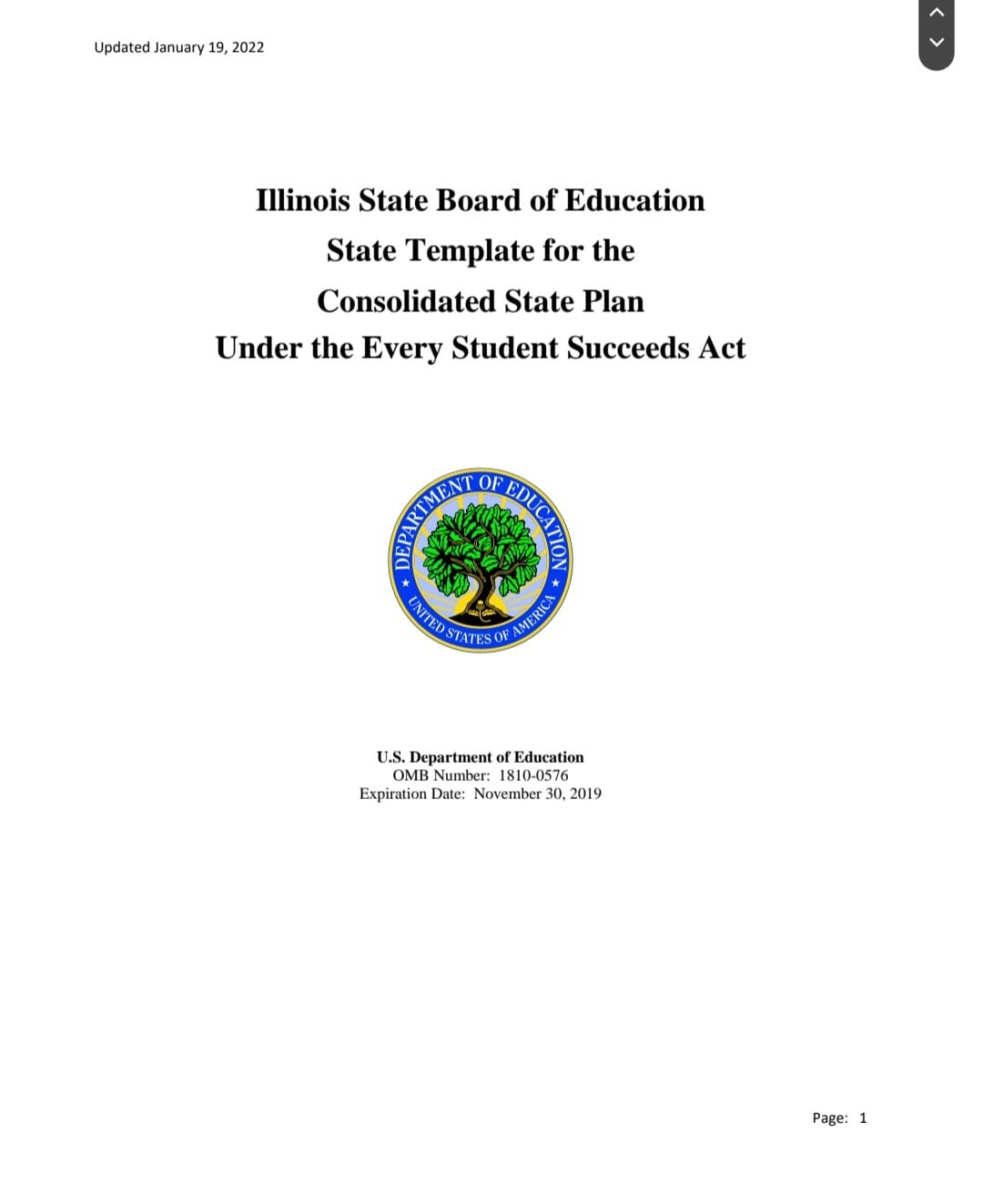 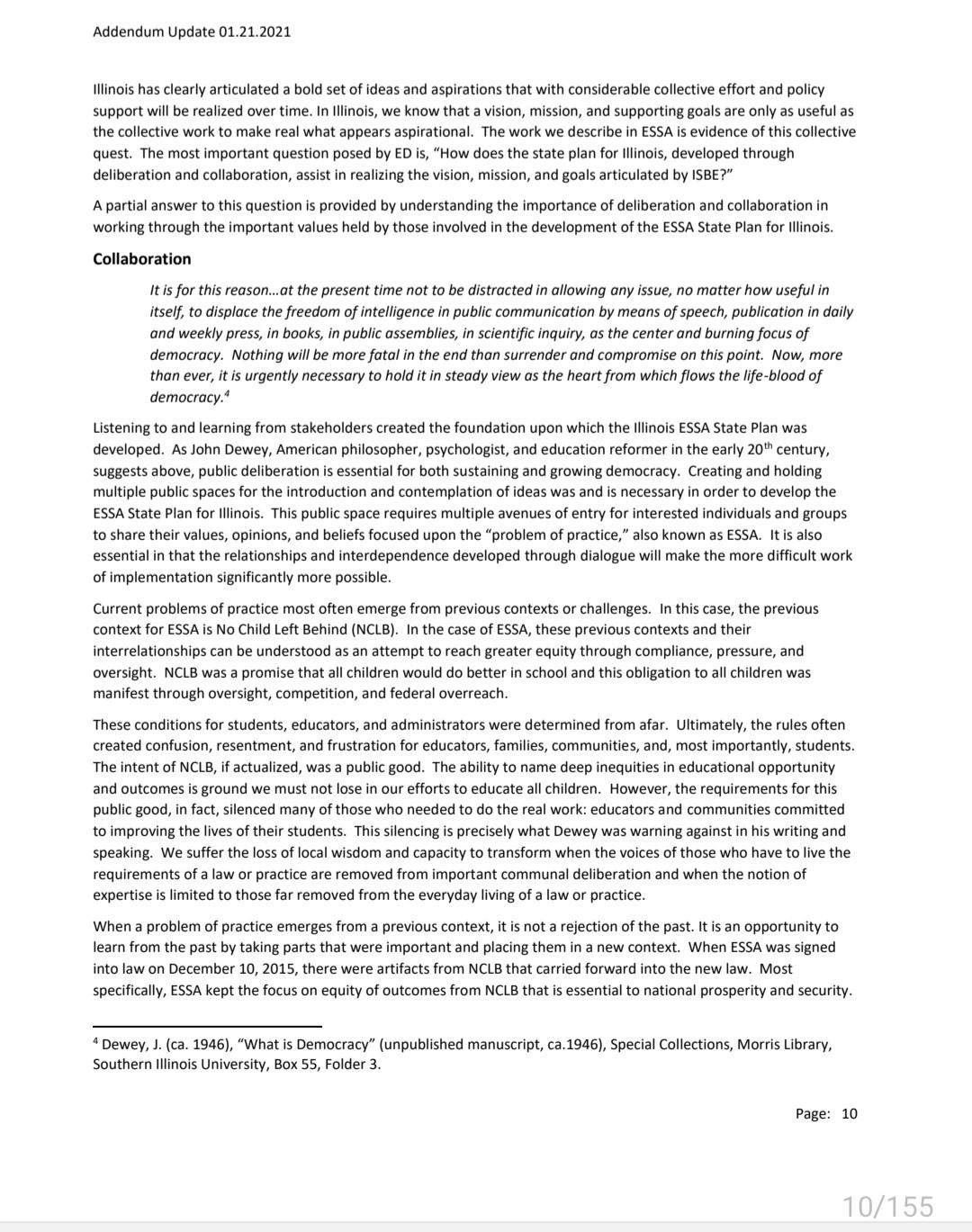 The United Nations 2030 agenda aims to consolidate nations in order to rule under a socialist one-world government (global government) which starts with the indoctrination of young children. The modern era of education is derived from a global curriculum which has been designed by the United Nations. This newly transformed global curriculum aims to remove parental rights,  start children in the public education system as early as possible (State pre-K standards–Head Start programs), and calls for the public education system to provide children with health care, nutritional needs (Pages 5-7 of The “Roadmap to Reopening Safely and Meeting All Students’ Needs”, Volume 2 handbook by the US Department of Education “Creating Safe and Healthy Learning Environments-Meeting basic needs: providing school meals regardless of educational setting”), support services, and mental health. The indoctrination of children is officially called 21st Century Learning/Schools (in Illinois, these schools are referred to as “Democracy Schools” by IllinoisCivics which is funded by the Robert R. McCormick Foundation) in America (internationally), which is digital learning (school IPAD Initiatives; roll out of 5G broadband) and requires an anti-racist and sexualized curriculum and school climate.

The first step in transforming the global curriculum requires the stripping of parental rights. Once parental rights have been stripped, young children are considered to be at an appropriate age to decide their own sexual values. This has become extremely obvious over the last two years such as the forcing of masks on healthy children and distribution of pornography/promotions of pediaphelia, and construction of gender neutral bathrooms. At this point, parental values and religious beliefs are deemed harmful to a child’s development and considered abuse.

Placing social worker’s (protective service workers) in every public school helps to achieve these goals. Social workers are in schools to keep a close eye on children to look for signs of emotional neglect or abuse. While on the surface this may appear to be a positive change, upon closer inspection, the goal of the social worker becomes much clearer and darker.

Hired public school social workers can now look for any reason to remove children from their homes which includes a parent/guardian failure to notice a child’s emotional needs and provide psychological care. Child Welfare describes emotional abuse as “Emotional or psychological child abuse is a pattern of behavior that impairs a child’s emotional development or sense of self-worth. This may include constant criticism, threats, or rejection, as well as withholding love, support, or guidance.”

Once parental values and religious beliefs are considered harmful to the development of children, they are then replaced with the United Nations value of sexuality. American traditions, history, and fundamental science have been replaced with radical environmentalism, socialism, population control, and LGBTQ. Academic learning is replaced with socialist workforce training and sexuality.

THE UNITED NATIONS VALUE OF SEXUALITY

The UN Health Agency stated last February,  “From adolescence to old age, sexual health constantly needs to be revaluated in the light of every individual’s changing circumstances.”

““This review provides a simple message: programmes which better reflect the reasons people have sex – including for pleasure – see better health outcomes”.”

“The hope is that these results will galvanize the sexual and reproductive health and rights community, to promote services that educate and equip people to engage in sex that is safe, consensual, and pleasurable.”

The “Roadmap to Reopening Safely and Meeting All Students’ Needs”, Volume 2 handbook by the US Department of Education (pages 8-11) states that critical social and emotional skills, habits, and mindsets are taught:

“The teaching of social and emotional skills can be woven into how teachers design instruction and the kinds of learning opportunities they provide to students. Such learning can be developed through explicit instruction in social, emotional, and cognitive skills (including intrapersonal and interpersonal skills, conflict resolution, and decision-making) and integrating social and emotional skills, habits, and mindsets within classroom lessons and activities.”

Transformative SEL and anti-racist curriculums are being pushed by the federal government via the American Rescue Plan of 2021. In order for schools to receive federal grants, they are required to spend at least 20% of the money on SEL/Anti-Racist education. CASEL (the Collaborative for Academic, Social, and Emotional Learning) is a leading provider in all of this. SEL and anti-racist curriculums go hand in hand because SEL programs are specifically designed to include race, class, sexuality, and gender in it’s framework. SEL funding is made available through Titles:

SEL, ANTI-RACIST EDUCATION AND THE EVERY STUDENT SUCCEEDS ACT

This began with Clinton’s GOALS 2000 (socialist (social and political) education) in which the statute’s National Education Goals were adopted by states. This allowed for federal funding through the Elementary and Secondary Act (ESEA). The Every Student Succeeds Act (ESSA) which replaced the No Student Left Behind Act, opened the door wide open for SEL and anti-racist curriculums. Social and emotional learning erased academic learning all together. This started with the codification of Common Core. Despite low academic performance due to the Common Core curriculum, standards were never removed at state and local levels. Codification solidified federal government control. The National Assessment of Educational Progress (NAEP) tests (digital assessments) children for social-emotional traits (which violates federal law and the Fourth Amendment. Illinois’ 5Essentials Survey and the Illinois School Report Card are linked to this as well.

We are. The global curriculum is funded through collective taxing among nations. Our taxes here in the United States are being equally allocated among all nations to create equal educational opportunities for all (Executive Order On Advancing Racial Equity and Support for Underserved Communities Through the Federal Government).

IT’S NOT ABOUT FIXING THE PUBLIC EDUCATION SYSTEM, IT’S ABOUT DISMANTLING IT

Morals and honesty cannot be revived in the public education system without completely dismantling the entire system. Education “Reform” efforts are nothing but false hopes, they do more harm than good. “Reforms” will and always have resulted in even stronger “standard”/mandates and even less parental authority over our children. It’s crucial that parents understand the difference between hope and preaching to the converted.

No parent, no matter how well-intentioned, can undo the dangerous and harmful effects of modern government indoctrination (UN’s global curriculum), not even with countering moral alternatives at home. By setting ourselves up against government indoctrination in public schools, sets children up for confused feelings, resentments, and disappointments which are harmful to their development. Private and religious schools are no better, as they are accepting government grants or other money (American Rescue Plan Emergency Assistance to Non-Public Schools (ARP EANS)). When a private/religious school accepts government money, they’re clearly stating that they will obey government “standards” whether parents like it or not.

The key is to look at the organization providing accrediting to the private school. Take A.C.S.I. (Association of Christian Schools International) and their new “Flourishing Schools” for example.

If you’re still not convinced, I strongly recommend seeking out the parents that fought the Common Core “standards” (funded by the Gates Foundation) and you’ll quickly find out that regardless of their well-intentions, they miserably  lost that fight. This isn’t the first time parent groups have raged against the machine and it won’t be the last. By the way, Illinois State Board of Education’s “Culturally Responsive Teaching and Leading Standards” are funded by the Robert R. McCormick Foundation). Unfortunately, the autocrats have won and they will continue to win this battle  until we dismantle the entire public education system. Dismantling the public education systems is achieved by removing as many children from the system as possible. Taking the first step starts with removing your children. You are your child’s strongest supporter and their end of the line defense. Parent’s, we have work to do!