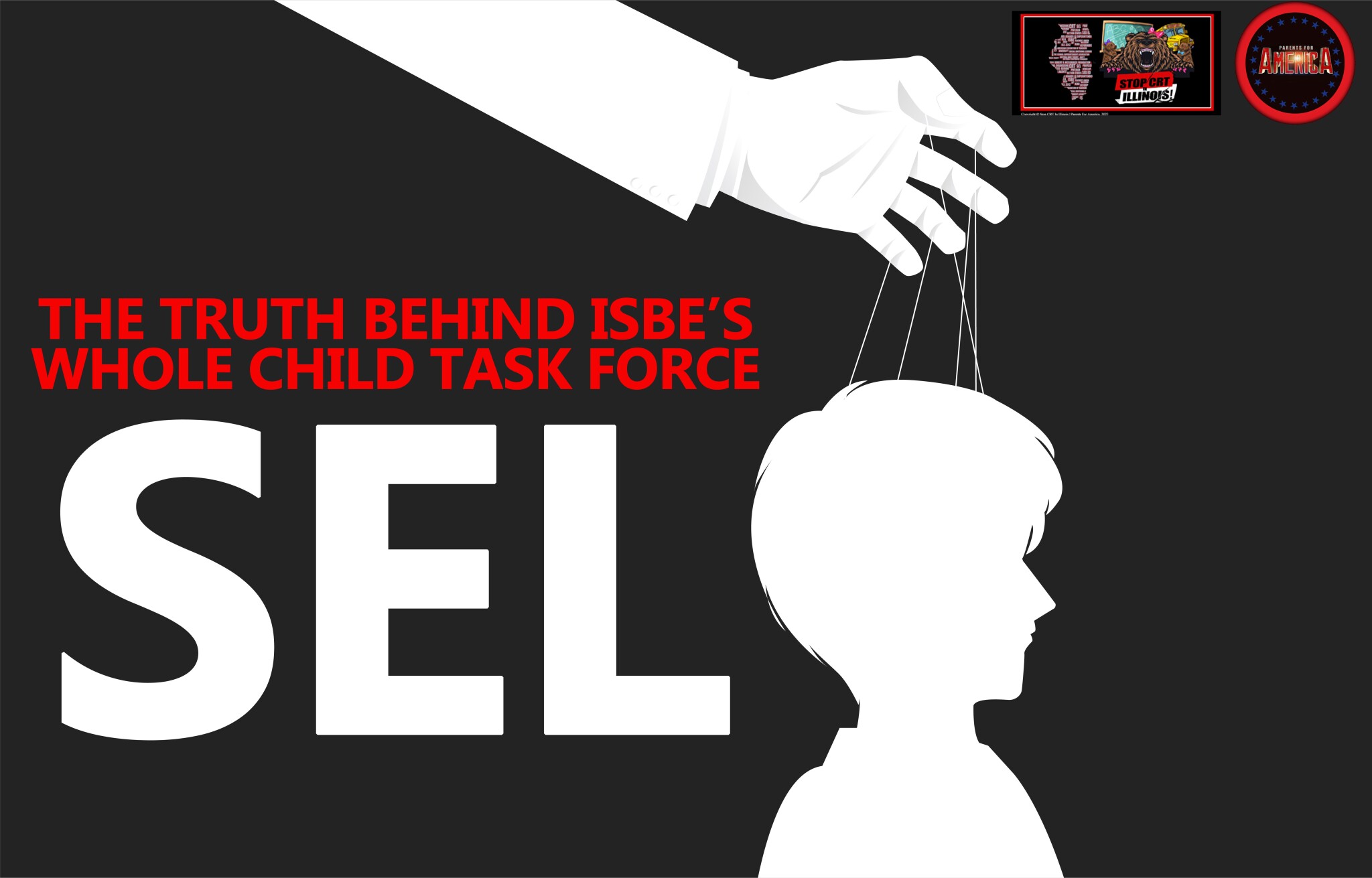 *This article provides a complete picture of the Illinois State Board of Education Whole Child Task Force.

The “Proceedings of the Mid-Century White House Conference on Children and Youth,” states schools have the “responsibility to detect mental disabilities which have escaped parental or pre-school observation.” to “initiate all necessary health services through various agencies.” to provide “counseling services for all individuals at all age levels.”

The most astonishing line from this text, “Not only does the child need to be treated but those around him also need help.” This made schools clinical/referral institutions.

The NIMH used the deliberations of the 1950 conference to secure government funding for an enormous five-year study of the mental health of the nation, a study conducted by the very people whose careers would be enhanced by any official determination that the nation faced grave problems from its morons and other defectives. Can you guess what the final document said?

The NIMH utilized the thoughts of the 1950 conference to get government subsidizing for a colossal five-year investigation of the emotional well-being of the country, a study directed by the very individuals whose professions would be improved by any authority assurance that the country dealt with grave issues from its dolts and other defectives.

“Action for Mental Health” recommended that school curricula “be designed to bend the student to the realities of society.” It ought to be “designed to promote mental health as an instrument for social progress,” and for the purpose of “altering culture.”

What elements repress psychological wellness that are straightforwardly in the possession of school specialists to change?

The 1962 “The Role of Schools in Mental Health,”  a NIMH-supported report, stated “Education does not mean teaching people to know.” “It means teaching them to behave as they do not behave.” Schools were institutions of social engineering. The next step, persuade children and parents/guardians there was nowhere else to go.

This report was also included at the 1962 Governor’s Conference, showing up alongside a proclamation demanding all states to support (funding) new school programs and utilize each state agency to carry out the work. Arrangements were examined and discussed to disrupt parental opposition; even recommending placing nonstop pressure on parents until they stop pushing back. At the same time, statistical data was circulated about the quick development of mental illness in society.

The turning point came with the introduction of the Elementary and Secondary Education Act in 1965 (ESEA). The Act dedicated significant federal government funding to mental health programs/services in schools. This led the way to a full range of “interventions” by experts such as social workers.

The above goes hand in hand with the feature address to the 1973 Childhood International Education Seminar in Boulder, Colorado, delivered by Harvard psychiatrist Chester M. Pierce’s statement has apparently been deleted from the printed records of the discussion. However, his statement was accounted for by the media in newspapers. Here’s what Pierce apparently stated:

Every child in America entering school at the age of five is mentally ill because he comes to school with certain allegiances to our founding fathers, toward our elected officials, toward his parents, toward a belief in a supernatural being, and toward the sovereignty of this nation as a separate entity. It’s up to you as teachers to make all these sick children well — by creating the international child of the future.

This wasn’t the first time America experienced this nonsense (orders from Prussian volksschulen).

Rules of Procedure for the Whole Child Task Force

The Whole Child Task Force, (Task Force), in order to fulfill its statutory purpose and responsibilities under 105 ILCS 5/22-90 and to serve the citizens of Illinois, hereby establishes Rules of Procedure to direct its operations. It is the purpose of these Rules of Procedure to clarify the means by which the Task Force will perform its functions, delegate authority without avoiding responsibility, and respond to the requirements of its legislative mandate.”

Pursuant to 105 ILCS 5/22-90, the Task Force is created for the purpose of establishing an equitable, inclusive, safe, and supportive environment in all schools for every student in this State. The Task Force shall have all of the following goals, which means key steps have to be taken to ensure that every child in every school in this State has access to teachers, social workers, school leaders, support personnel, and others who have been trained in evidenced-based interventions and restorative practices:”

“(2) To outline the training and resources required to create and sustain a system of support for trauma-responsive schools, districts, and communities and to identify this State’s role in that work, including recommendations concerning options for redirecting resources from school resource officers to classroom-based support.”

“(3) To identify or develop a process to conduct an analysis of the organizations that provide training in restorative practices, implicit bias, anti-racism, and trauma-responsive systems, mental health services, and social and emotional services to schools.”

“(4) To provide recommendations concerning the key data to be collected and reported to ensure that this State has a full and accurate understanding of the progress toward ensuring that all schools, including programs and providers of care to pre-kindergarten children, employ restorative, anti-racist, and trauma-responsive strategies and practices. The data collected must include information relating to the availability of trauma responsive support structures in schools as well as disciplinary practices employed on students in person or through other means, including during remote or blended learning. It should also include information on the use of, and funding for, school resource officers and other similar police personnel in school programs.”

“(5) To recommend an implementation timeline, including the key roles, responsibilities, and resources to advance this State toward a system in which every school, district, and community is progressing toward becoming trauma responsive.”

“(6) To seek input and feedback from stakeholders, including parents, students, and educators, who reflect the diversity of this State.”